Download the zip file for assignment 8 and extract it to your home folder. It should contain templates for the Java program you are to complete. Read through the whole assignment to see what you need to do. You can view the demo videos. Look again at your answer and/or the model answer to the GraphPlotter program from assignment 4 and go over the code examples in slides from the lectures on ArrayLists.

The FireworksDisplay program is based on the fireworks program developed in lectures, but it uses an ArrayList of Firework objects to have lots of fireworks going at the same time. The WaveformAnalyser program involves dealing with an ArrayList of numbers representing samples from a waveform (for example, from a mp3 or wav file). It displays the list of numbers as a waveform, and then displays the amplitude, the peaks, and the distortion. It also lets the user edit the waveform in limited ways. It is a simple version of the features in some music player programs that will display the sound wave while playing, plus very basic functions of a sound editor program.

Submit your best version of FireworksDisplay.java, WaveformAnalyser.java and your UnderstandingJava.txt files by the due date. Remember to click the button for the final step of the submission process after you have uploaded the files (which does some automated checking for you).

In the lectures, we wrote a FireworksDisplay program that made two fireworks go up and then explode. For this assignment, you need to write a different FireworksDisplay.java program which will have waves of lots of fireworks that all go up together. The GUI should have a slider to set the number of fireworks in the next wave. You will need to complete Watch the demo video to make sure you know what the program should do. The Firework class is written for you. It has a constructor and two methods you can call:

Many music players will allow you to display the sound being played. One of the displays is typically the waveform. For this program you will write a very simple waveform display. There are several things about a waveform that one may be interested in: WaveformAnalyser reads its data from a file (eg waveform1.txt or waveform2.txt) into an ArrayList of numbers stored in the waveform field, displays it, and lets the user edit it and display it in different ways. Note, the program will initialise waveform to contain a simple triangular waveform. The code that sets up and responds to the buttons and the mouse is provided for you - the parts of the program you have to complete are the ones involving the ArrayList. The mouse allows the user to select a region of the waveform.

For the core, you should complete the following methods: 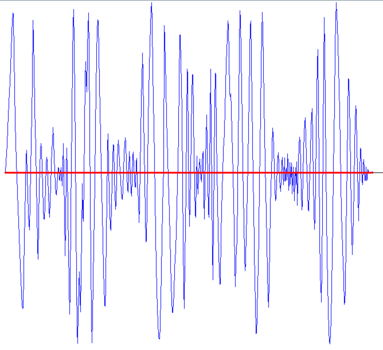 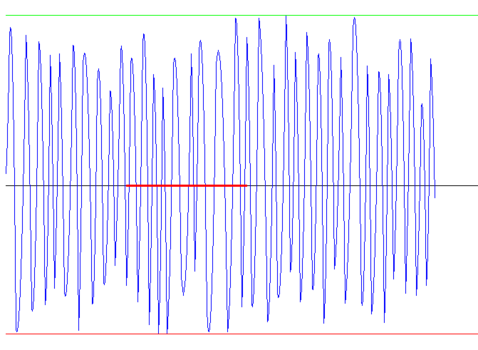 For the completion, you should complete the following methods: 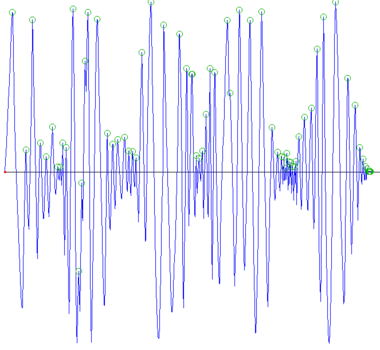 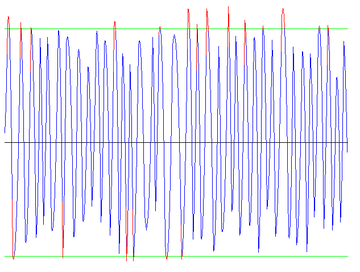 For the challenge, you should complete the following methods: 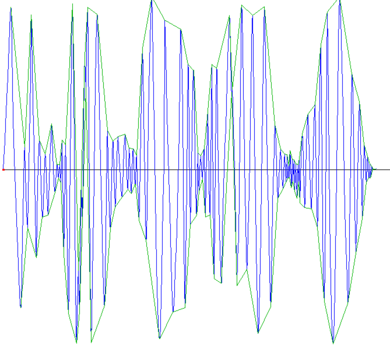 It would also be nice to be able to edit real sound files. The WaveformLoader class (in the zip file) has a method that will load a wav file into an arraylist of numbers that could be used in your program. The problem is that 1 second of sound from a 1 channel wav file typically has 44,100 numbers, so that it won't fit in the window nicely without more complicated scaling than the WaveformAnalyser program does. Extend WaveformAnalyser so that it loads wav files, scales the data to fit the window, and allows the user to zoom in and out. There is also a save method to write it back as a wav file so you can listen to the result of your edits. There are lots of WAV files on the web; http://bbcsfx.acropolis.org.uk/ has a bunch of sound effect WAV files you could use.